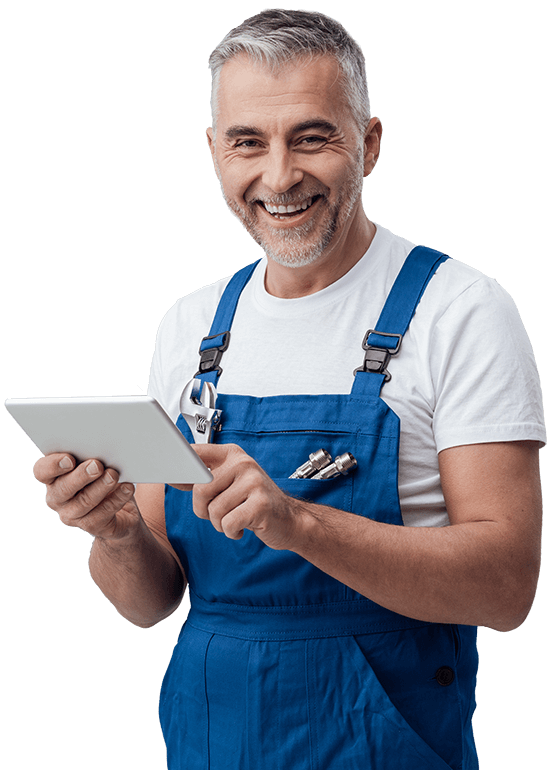 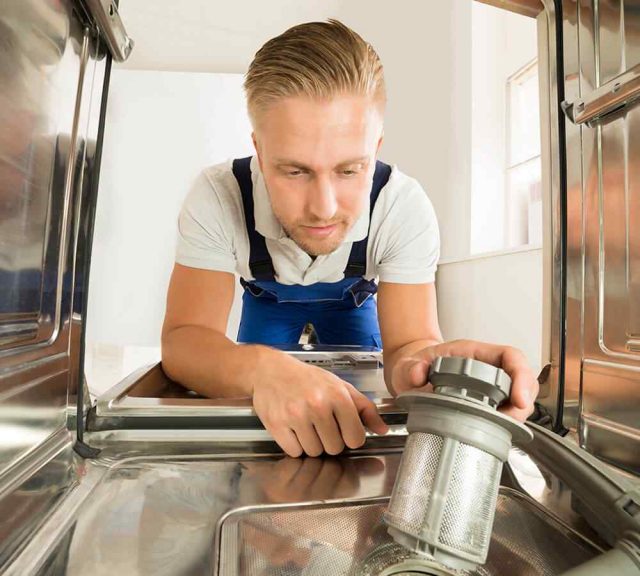 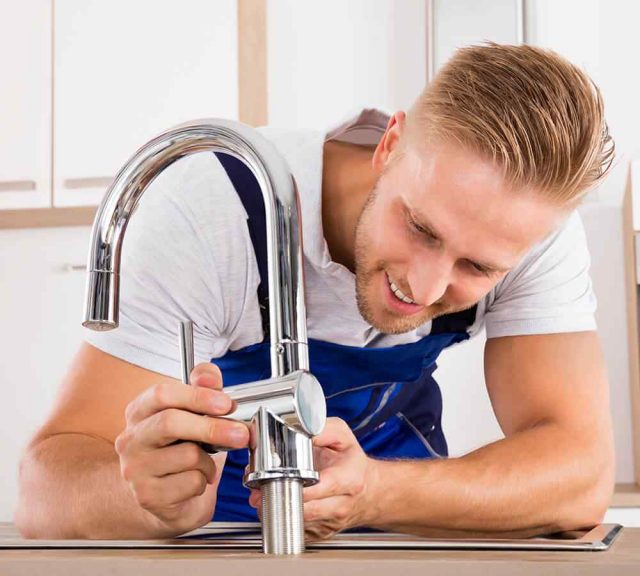 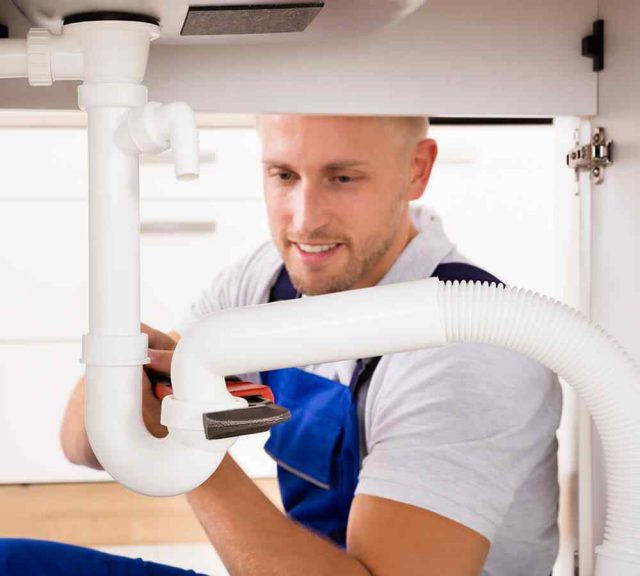 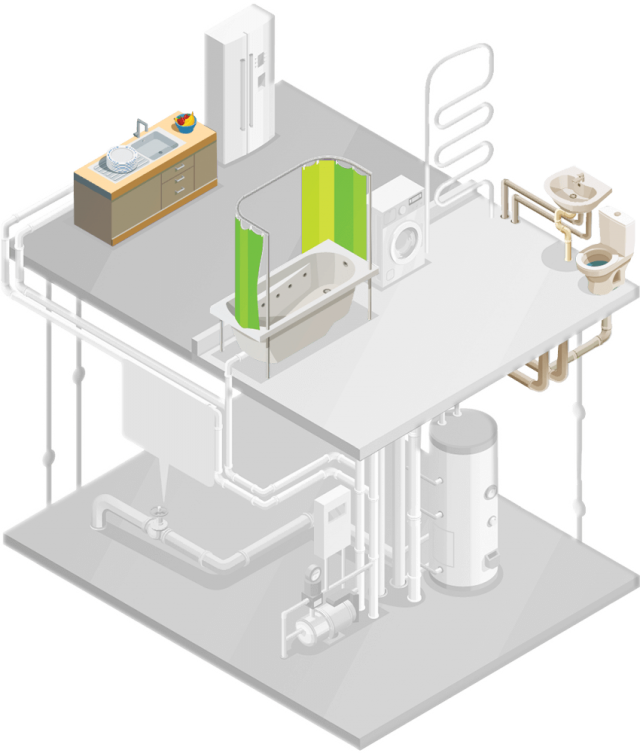 PIPE LEAKING
Your sewer pump is essential for removing sewage from
your sump pit to your septic tank or sewage system.
DRAIN CLEANING
If your tub or sink is draining slower than usual, or won’t
drain at all, your drain is either clogged or damaged. 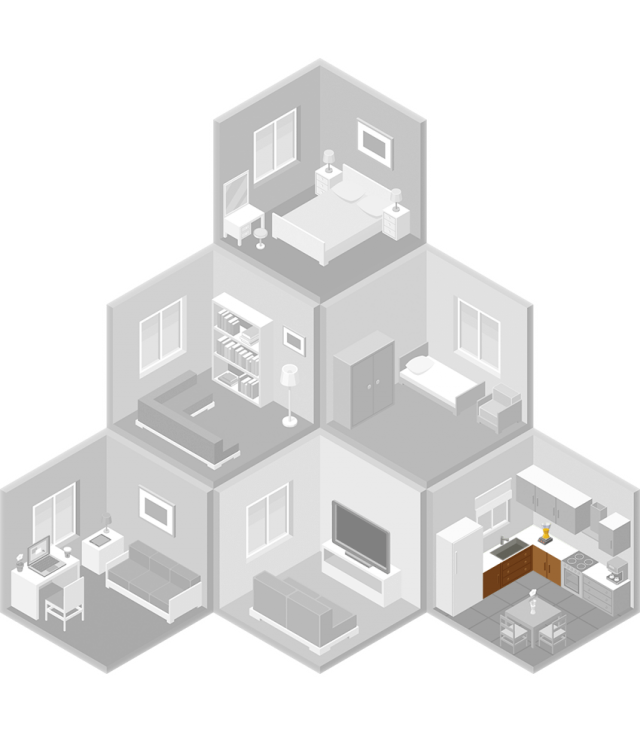 TOILET LEAKING
If you live in an apartment building, you’re sure to see a
sign put up by management to keep your faucet dripping.
BATHTUB INSTALLATION
If your old bathtub has seen better days but you’re
hesitating to replace it because of the high costs. 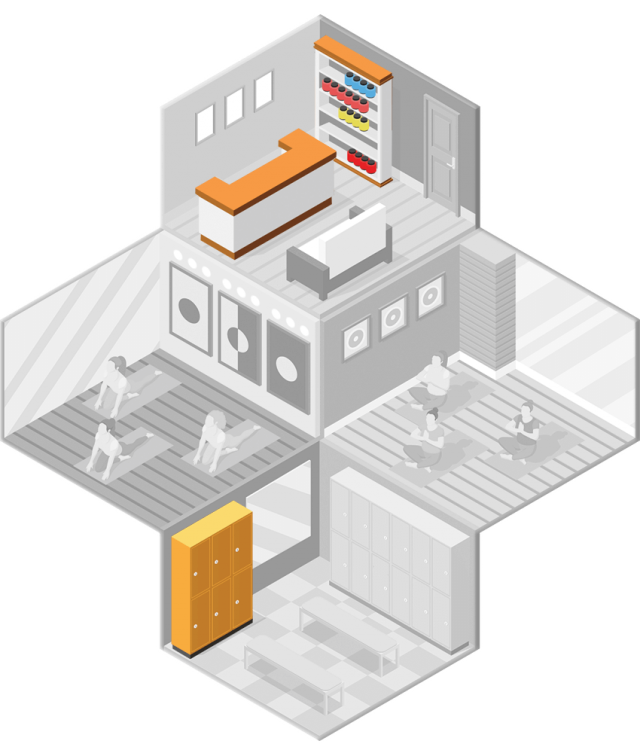 OVERFLOWING TOILET
After you try to wipe away debris by hand, it’s time
to turn to a chemical drain cleaner.
SOLDER COPPER
You’re ready to do some plumbing work in your house,
and have to learn how to solder copper.
REQUEST JOB ESTIMATE
0123456789001234567890%

The average US family can waste from household leaks

Are you dealing with a dripping faucet, low water pressure, or clogged pipe? You’re probably tempted to call a professional plumber, and with good reason. Homeowners usually don’t have the necessary skills for a DIY plumbing job.

By Donna Boyle Schwartz
2
PEX vs. Copper: Which Pipes are right for My Home

PEX vs. Copper: Which Pipes are Right for My Home?

Get the 411 on two popular choices for water supply pipes to make the right choice for your plumbing project. 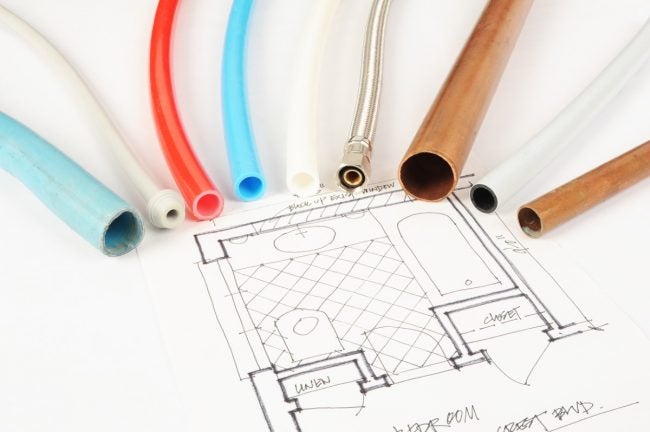 Once the top choice for all water supply pipes, copper has been nudged a bit to the side by flexible pipes made from cross-linked polyethylene, “PEX” for short. While copper still plays an important role in water pipes for new construction, PEX pipe is quickly becoming the choice for remodeling and retrofitting. Both copper and PEX come with a few advantages and disadvantages, so if you’re looking to replace your home’s current water supply system, keep reading. This cheat sheet on PEX vs. copper outlines the main differences between the two materials so that you can make an educated decision for your plumbing project.

It’s tough to beat copper pipes for longevity, which on average last 50 to 70 years, compared to PEX, which has an expected lifespan of 30 to 50 years. PEX’s life expectancy can be shortened by the use of extremely hot household water (180 degrees Fahrenheit or higher) or if the water in the home contains high levels of chlorine. Copper’s life can be shortened by highly acidic water. When installed under typical conditions (i.e., your home is connected to a municipal water system), copper can be expected to outlast PEX by about 20 years. If you’re on a private well, have your water tested prior to retrofitting your water supply system. Local County Extension Offices can test well water to determine whether it’s high in acid or chlorine.

In recent years, the cost of copper has risen substantially due to its increased recycle value, so products made from copper have increased as well. On average, installing copper water pipes will be 58 percent to 68 percent more expensive than PEX. For example, you could expect to pay $8,000 to $10,000 to have a plumber replace the old pipes with new copper pipes in an average, two-bath, 1,500-square-foot home versus $4,000 to $6,000 for PEX. 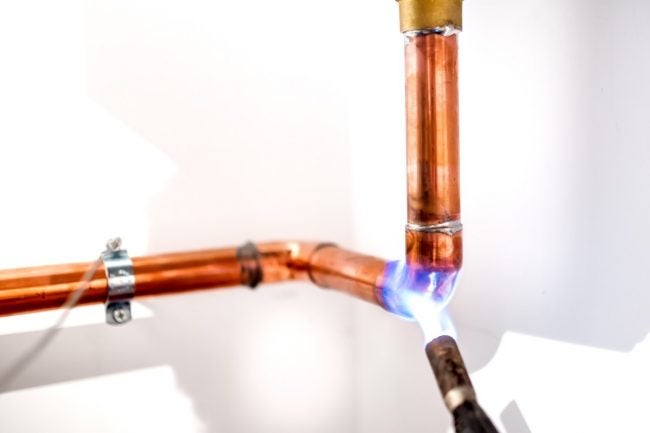 Since copper is rigid, it must be cut to size and have elbow fittings installed every time it comes to a corner, such as where it turns from a vertical run between studs to a horizontal run to meet a sink. More connections mean more installation labor. PEX, on the other hand, runs continuously all the way from a water-distribution panel (called a manifold) to each fixture (tub, sink, etc.). PEX bends easily around corners so no additional connections are necessary.

In a remodeling project, flexibility is a big plus, because the PEX pipe can be snaked through finished walls without the need to cut out drywall. To have new copper pipes installed in a finished home, the drywall must be removed to give the plumber access to make connections. 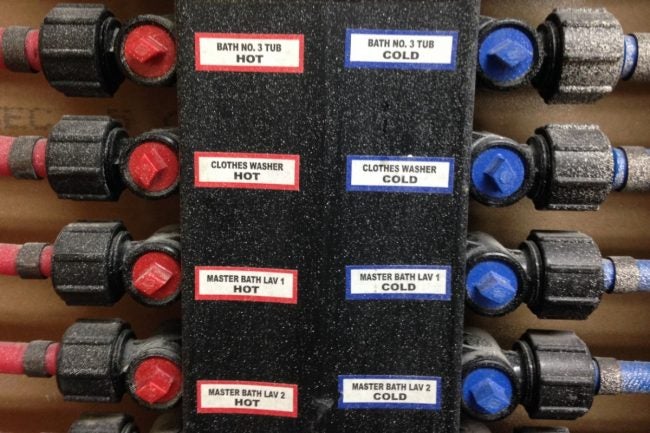 Most water fixtures, such as tubs, sinks, and showers, have individual shut-off valves located somewhere nearby. In the case of a sink, it’s usually in the vanity cabinet below, but shut-off valves for tubs and showers are often located behind access panels held in place with screws, making it a chore to access them. With PEX, every pipe connects to the water-distribution manifold (usually located near where the water main enters the house), and each individual pipe has its own shutoff valve directly on the manifold. The manifold features labels for each shutoff valve, such as “Bathtub” or “Laundry Room Sink,” so turning the water supply off and on for any fixture is simple.

Copper is more likely to freeze and break.

One of the biggest disadvantages of copper pipes is their tendency to crack if the water inside freezes and expands. Having a degree of flexibility, PEX is able to expand if the water inside it freezes, making PEX more resistant to freeze-breakage. That said, in new house construction, there’s little risk from copper pipes freezing and breaking, because today’s plumbing practices are designed to keep the pipes insulated and safe. The problem is more common in older homes that lack adequate insulation. If you live in a cold region and your home is under-insulated—or if you’ve had trouble with water pipes freezing in the past—it might be a good idea to go with PEX when having the pipes replaced.

For DIYers, PEX is the easier type of pipe to install. Making the connections necessary in copper pipes requires the use of a torch to solder and seal the fittings. PEX pipes connect with a number of easy-to-use fittings, including quick-connect fittings that connect just by pushing them together, crimp fittings (requiring a special crimp tool), or clamp fittings (calling for a clamp tool). Manufacturers of each type of fitting usually feature detailed installation videos on their websites, and since PEX is flexible, you’ll only need to make two connections for each fixture—one at the manifold, and the other at the fixture itself.

Note: Permission to install new plumbing in your own home depends on the building codes in your community, so contact your local building authority before you start.

4
How To: Turn Off Your Home’s Water

Don’t wait for a plumbing emergency! Learn to turn off your home’s water supply now with this guide to a potentially money-saving dry run.

Chances are there’ll come a time when you’ll have to turn off the water supply in your home. You may need to do so for a scheduled plumbing repair or before leaving on a long trip. Then there are the emergency situations—such as when a pipe bursts somewhere behind the drywall or your bathroom is flooded with water—at which point there’s often very little time to react. What’s more, closing and re-opening the valves periodically will prevent them from getting stuck in place and allow you to inspect them for corrosion or broken connections.

So it makes sense to familiarize yourself now with how to turn off the water supply (and educate family members as well) to make regular maintenance easier and even save hundreds or even thousands of dollars of repair costs in a worst-case scenario.

As there’s no one exact place in every house where water supply valves are located, either, it could take some time to find them—time that you won’t have if water is rapidly soaking through the second-floor ceiling. So we’ve shared tips on how to turn off water to the entire house or just to specific fixtures and appliances, as needed. Learn the basics of both and you’ll be prepared for whatever plumbing predicament may arise.

Here’s how to switch off the water main shutoff valve.

The water main shutoff valve could be in a number of places, depending on the age of your home and the climate of your location. The knob will either be a gate valve, which looks like a circular spigot, or a ball valve, which has a lever-style handle.

Look in these areas:

STEP 2: Turn off the water.

To turn the water supply off, give a gate valve a few turns clockwise until you can’t turn it any longer. For ball valves, turn the lever clockwise 90 degrees.

Relieve the pressure in the pipes by draining the water that’s already in them. Turn on a sink located in the lowest level of your home, so water in the pipes from the floors above drain all the way down. Make sure to open both the hot and cold taps and run them until they empty fully.

STEP 4: Turn the water back on.

Once repairs are complete, turn the water back on by twisting the valve counter-clockwise. To ensure that it’s back in good working order, turn on a faucet and allow a few minutes for the water to reach it.

Bonus tip: Label the valve for the next time it is needed, putting arrows that indicate which way to turn in order to shut off and turn on the water.

Or, turn off the water supply to specific fixtures as needed.

If there’s just one fixture in your home that is malfunctioning, you may be able to turn off the water to that particular spot. That way, you can continue to use the plumbing in the rest of the house while addressing the problem. Appliances and fixtures like dishwashers, refrigerators, washing machines, toilets, and sinks usually have their own individual shutoff valves that are helpful in times of repairs. Look for a small round or oval knob near the appliance or fixture, usually attached to flexible tubing, which you can turn clockwise to stop the water flow.

5
How To: Unclog a Sink Drain

Put the phone down! There’s no need to call the plumber. In only six simple steps, you can unclog a drain that no longer flows as freely as it once did. 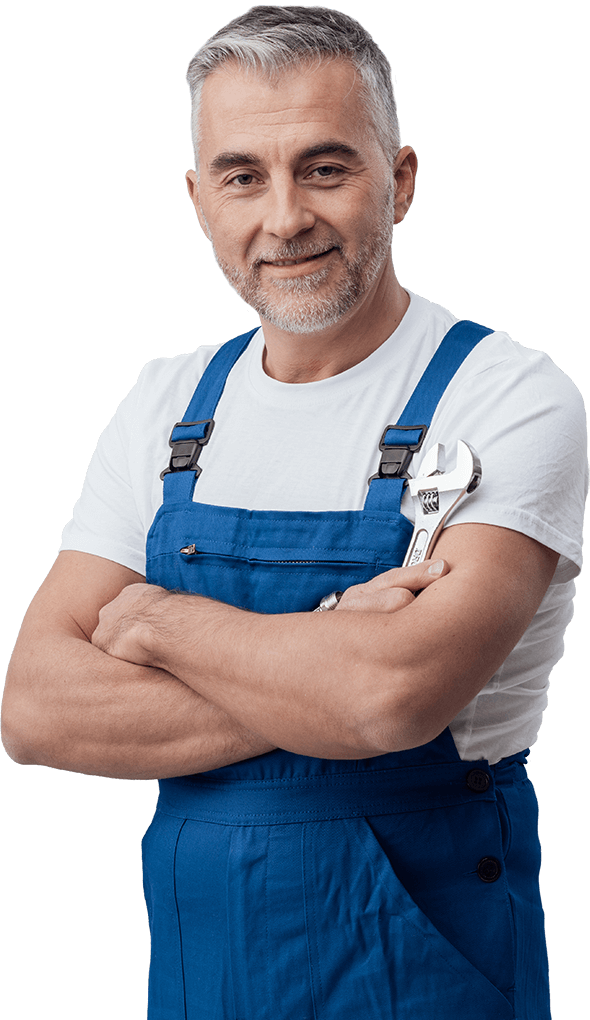 Call us for free DIY advice on